Competing In The Private And Control Label Arena

How should an alcoholic brand distribute the product in the open market while keeping in mind the Federal Law? Let’s find out!

Private and Controlled Label in the alcohol business is the trending category for brands emerging to create a distinguishable image. However, there are several factors one should keep in mind while developing the product and finally stacking it up on the shelves of bars or convenient stores. To understand the legal landscape of the Private, Control, and Proprietary label Regulations, let's take a look at how brands can be created within the limits of federal law

To get a clear idea of this category of the beverage business, we first have to understand the meaning of certain terms.

A supplier owns and controls the brand and authorizes it to one specific retailer. This can be done using two forms of agreement

However, an agreement that states exclusive outlets violates the federal law in some states of the US. This should be kept into consideration while working in this category.

The supplier can customize the products according to the retailer's target clientele and specifications. Given that the retailer tells the specifications and his requirements, the supplier is the owner of that Intellectual Property. Once the product is out on the shelf, the retailer is in-charge of the marketing and advertising of that particular control label and the margins are controlled via the 3 tier system.

We have heard and read a lot about private labels in the past couple of years. There are 2 basic categories in which we can differentiate a private label.

- The retailer gets into an agreement with the manufacturer in order to put the retailers’ logo on the bottle and sell it as a private label using an existing product or by curating it with certain specifications.

- The beverage owner may license his intellectual property to a retailer's name and sell it in a broad commercial market.

One thing to keep in mind is that the product, even though licensed to a retailer's brand, still is owned by the IP owner. These private labels can be sold either at the IP owners' retail location or an IP license owners’ retail location. Additionally, it can be sold into bigger markets via an IP Licensing Agreement where the IP owner receives a royalty.

Does The Difference Matter?

This difference does matter to state liquor laws when it comes to IP laws and Contract laws. IP is often licensed to retailers and manufacturers who can set up their own production and distribution networks. In some US states, this difference is neglected and as a result, it causes confusion among industry members and law regulators. Moreover, the ownership gets compromised.

For this particular category, many states have laws prohibiting wholesalers from discriminating among retailers which results in many private and controlled label products being available in the broad market. However, this demand is only seen in the originating retailer and nowhere else. This does not help in expanding the product reach and limits the product from selling in the broad market. Thus, private and controlled labels must have the opportunity to have other retail accounts to optimize the market cap.

A supplier which is defined as a wholesaler, producer, or importer is prohibited to provide a thing of value to a retail account. This thing of value can be anything, generally cash payment which is traditionally called “Bribe”. Other than the product purchase itself, you can not sell a retailer a thing of value in connection with the sale or distribution of alcohol. There have been several examples where connected parties faced litigation. Let's take a look at a couple of them.

The product involved here is a TGIF malt beverage like margaritas produced by the American Vintage Beverage. TGIF stands for Thank God It’s Friday. These were sold in all convenience stores in California. However, the cans carried the logo of TGIF over it and the state ABC called it a “Visual Link” between the product sold by the supplier and the name and identifying characteristics of a retailer which acted as prohibited advertising for the retailer.

A similar case involving TGIF malt-based beverages sold in convenience stores produced by Mark Anthony Brewing Inc. The advantage of malt-based producers is that they can be sold in of-premise locations that cannot afford to stack other products. The Texas ABC stated that the license agreement with the TGIF IP owner was not a texas licensee and that asserts the advertising of a TGIF retail location. Thus, Texas ABC considers the sale of private and controlled labels that are sold outside of the retail premise of the holding IP license as a thing of value.

This is more commonly seen in the Eastern States like Massachusetts, New York, Georgia, Idaho, Florida, and Louisiana.

What Can Suppliers Do About It?

Some of the suppliers are tackling it with the help of constitutional defenses by using the 21st Amendment which gives the states the right to control the importation of alcohol into the state. This is a huge grant of authority and this amendment is the reason why there are state liquor stores. However, this particular amendment is affected by the other amendments. The 1st amendment allows an individual to use their Intellectual Property (IP).

Apart from this, non-deceptive labels are a form of advertising and are protected by “Commercial Free Speech” under the Central Hudson test.

What is the Central Hudson Test?

For any label to be protected under the “Commercial Free Speech” it must not indulge in unlawful activities and must not be misleading. Once proven, other matrices include proof of the following questions.

- Is the asserted government interest substantial?

- Does the regulation directly advance the asserted government interest to a material degree?

- Is the restriction more extensive than necessary to serve the government interest?

What Is The Future Holding For The US Market?

The category of Controlled and Private Label is growing rapidly and the PL/CL volume in wine space alone is estimated to be over 40% of the total market. Moreover, the spirit and beer market is behind but catching up. The reason for this instant growth is because of the large off-premise chains. Convenience stores and supermarkets like Krogers, Total, Albertson, and Trader Joe are the major contributors to this category. Apart from this the ease and efficiency to manage these products from retail corporate headquarters are unimaginable. This allows for better product planning, uniformity in products, and a better value for consumers which in turn helps retailers to have better control over the supply chain. 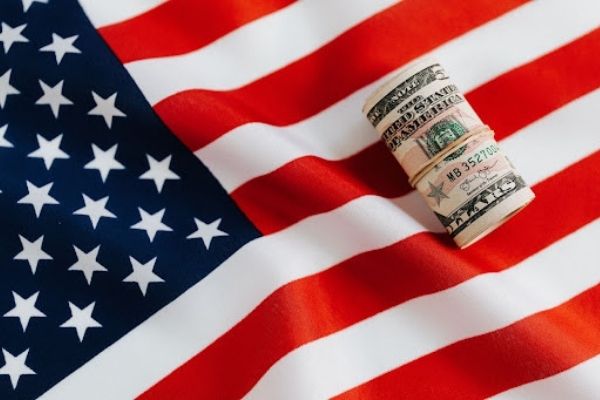 The future for private and controlled labels looks promising however this can end the 3-tier system which is a worrying factor for wholesalers and the relationship of distributors with suppliers and retailers.

There are several laws that give suppliers permission to distribute their products at some level. Some states like Oregon and Washington offer the producers to self-distribute across states with a permit.

Generally, most of the PL/CL brands are small and do not have wholesaler support but flourish with retailer relationships which include on-premise and off-premise markets.

However, wholesalers are flourishing as a tier as the US alcohol market is the largest market in the world. Not only are they profitable but they are facing difficulties servicing and managing brands demanding excessive account visits, promotional support, and split books for business. Wholesalers are terminating these accounts as it is too much trouble to manage.

Thus, a private and controlled label is not the end of a 3-tier system but is actually the beginning of the combined delivery model where every tier has a role and technology is used at its potential to drive innovation.

What's Next To Worry About?

The biggest challenge for today’s regulator is understanding the business that the licensees being regulated are conducted between themselves because of which we can expect regular litigation across the US.